I'm quite new to TFS and revision control in general. Even with Git, I have only scratched the surface and don't know as much as I should. But I work with code a lot and I saw a need for it as more programmers were added to the team. Having revision control was important but the need was growing every day. After standing up a TFS server to test and drumming up support, I was only let down because no one was utilizing it.

There is a design flaw in how code is written and tested. The code must be hosted and tested directly from the development server because there is a compiler service that must be the utility serving the HTTP responses. The code in this scenario is being deprecated, and although it is going to take a while, the hope is that this legacy code will eventually be replaced in a more modern programming language and development environment. But I'm not here to get into this problem, I want to share my solution.

Just because we can't check in/out the legacy code and use TFS to it's full capability, doesn't mean that we can't still use it to track revisions. Getting a revision history is something that would help us with peer review and troubleshooting bad code. So I set out with the idea to make a PowerShell script to do just that for me.

I downloaded the PS snap-in from here:

When installing, make sure you do a "Custom" install and manually select the PowerShell tools - it's not selected by default.

Get Help With: Get-Command -Module Microsoft.TeamFoundation.PowerShell

The first thing that I noticed was that I had a hard time finding official documentation on this snap-in. I am incredibly new to TFS, so I think that my understanding of how it works and terminology is not complete. Which leads me to:

With that said, my constraints for the script were:

The script performs the following operations in this order:

If you landed here because you are trying to do something similar, make sure you also check out two posts that really helped me out. This post by Sergie Dorogin is good, but unfortunately I found it too late in the game when I was already almost finished. Don't make the same mistake I did! This post by Malvin was also incredibly useful to piece together some misconceptions of Add-TfsPendingChange that I had.

When getting started with the TFS snap-in, you are going to want to begin here:

If you make it this far, you know that the TFS server is at least talking to you. I found that it is easiest to just wipe away and start fresh with a new workspace. I could not find many good examples for situations like this where re-use of the workspace was offered up. All examples pointed to a solution similar to:

I have two Remove-Item calls at the top of this snippet. For some reason, only running the second command (Remove-Item -Path "$LOCALFOLDER" -Recurse -Force | Out-Null) *sometimes* doesn't delete the parent folder. The recommended StackOverflow answer was to use -Recurse inside of the directory (*) with a separate command to remove the directory itself. Random, I know. I just threw in another -Recurse for good measure.

By the end of running something like this, you should have a valid workspace to commit from or clone to. If files are not in the project already, you will have to use: Add-TfsPendingChange -Add to have the file staged for a commit. If the file is already in the project, you have to use: Add-TfsPendingChange -Edit to have modified files staged. My first hope was to have both of these switches wrapped up into one. That would enable you to blindy stage things and not have to concern yourself further, because only that which has changed will be commited (although this seems like a bad/lazy idea to have). But that's not the case, so something like this will do the job:

Keep in mind that I have a logical operation on line 25 that will only attempt to stage files that have been modified in the last 2 days. You might not want this, but I put this in to speed up the automated task I was running nightly. I blackhole the output from the commands because I like to look at the pending changes in the following manner (just prior to firing the commit):

As I stated above, the full script can be found over at my GitHub.

Moving forward, I will be adding in:

I hope this has helped someone, somewhere. It sure was a pain to even get this far so that was my only goal in writing all of this. I'll keep this script and page updated as I continue my journey forward with TFS with that hope in mind.

I ended up accidentally running the script as a different user (Administrator) during a debugging session and locked up the workspace. Because the scheduled task was running as a different user but against the same workspace and directory structure, there was a conflict. I didn't discover this right away, but eventually I just logged in as the problem user and ran the following: 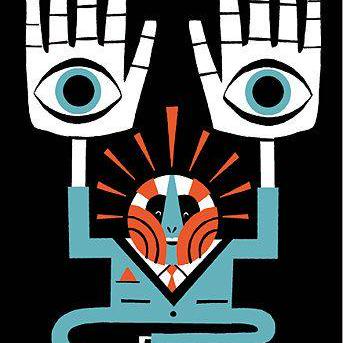